The merger will get into effect immediately. Two companies are also merging their stock shares, bringing total capitalization to incredible 25 billions. New CPAN shares will be traded both on NASDAQ and NYSE.


Finally, it all makes sense, guys. All these 11 years it smelled fishy, but I could not put a finger on it. Yet today, 1st of April, year 2017, the mystery is in the open, finally. We have all seen the writings on the wall, but the puzzle was too complex to predict this outcome. Oh, the drama, Shakespeare is really jealous. 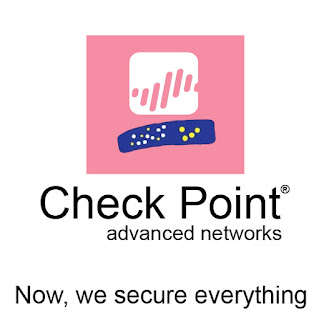 So, let me outline it for you, all historical details, stage by stage.


In 1999 Nir Zuk, a renown Check Point engineer and brilliant developer, leaves Check Point and founds his startup OneSecure. The trap is set, and NetScreen gets into it, eventually. NetScreen is later acquired by Juniper. In 2005 Nir leaves Juniper, but his elaborate conspiracy scheme to bring it down is not yet activated.


Shlomo Kramer meanwhile prepare another scene. He seemingly severs his ties with Check Point founders and goes rogue. In 2005 he reconnects with Nir and two of them create Palo Alto Networks.


PAN goes to the market with NGFW scheme. Both Fortinet and Juniper are startled, Check Point also seems not to be amused. Same time Nir finally activates his mines at Juniper, and the company starts falling down.


PAN ascends on the security market like a rocket, acquiring market share from crumbling legacy firewall vendors. Mind you, Check Point maintains its market share and seems to be unaffected PAN's ride to power.

Once both Check Point and PAN rise to practically the same revenues, as I mentioned in one of my recent posts, everything is ready for the grand finale. The issue of PAN's capitalization being too high for the merger is corrected at the beginning of the year after announcing caution to investors. PAK share prices declined 25% after such announcement.

What a ride, guys, what a ride... I have to confess. I did not see it coming. Probably, nobody did. We all have been fooled by apparent fight and very vocal competition between two companies. And yet again, that was the textbook deception trick. That was the perfect cover!

Starting today, the world of information security is irreversibly changed. Check Point has secured its future once more - the future of market domination.

UPDATE: Just in case, this was April's fools day, guys

Posted by Valeri Loukine at 9:13 AM